Well, the title of the show says, “mixed bill” and my goodness did it live up to it’s name.

The show comprised of 4 dance pieces by the choreographers who are a part of the new Sadlers Wells Young Associates programme, where up’n’coming choreographers may get access to amazing mentors such as Russell Maliphant and Arthur Pita amongst a host of other support.

What a fantastic opportunity! It’s brilliant that Sadlers Wells are doing something proactive to support choreographers, especially with all the cuts to arts funding over the past few years, it’s nice to see a new initiative being started for dancers and choreographers.

On a side note, it’s nice to see more female choreographers getting a chance to showcase at such a high level, not sure if I’m the only one who feels that male choreographers seem to dominate the more famous stages, but Sadlers Wells in general seem to be good at supporting both genders pretty equally.

The pieces in this show;

This piece had a very strange beginning… We were being watched, yes, I said, “watched” by the performers, which felt strange and it was for a substantial amount of time too. The dancers stood on stage in silence and observed us (the audience), like we were an a spectacle in a museum, something to be marvelled and then movement began…

Very subtle movement at first, swaying and leaning on each other this soon led to full on choreography steps and motifs, lots of contact release moves.

The theme of support, care,  reaching out and helping others was very clear throughout the piece with some really interesting motifs (movement sequences)  that were developed as the piece went on.

The use of space was brilliant and I particularly loved the partner lifts.

The music, composed by Andrew Marriott, was so lovely and calming. It was great that this was the opening piece for the audience, especially if anyone had a frantic day, the music and piece evoked a calming effect that would ease the most frazzled observer.

Well, this piece was a total surprise! It was a hilarious mix of cabaret, slapstick comedy, dance and theatre. It so obvious that the creative lead, Ruby, has theatre experience!

No spoilers here, but the opening (and ending to be fair) are totally unexpected and so funny.

The set, by Zoe Sharples, and the lighting were spectacular, it was all so “showbiz”, it felt like I’d been transported to a cabaret house in soho – what a contrast to the piece before.

The theme was about fitting women into structures/stereotypes.

It is like watching humans malfunction – totally nuts, but amazing ?

So glad this was included.

This piece absolutely beautiful moments of choreography that I didn’t want to end.

The dancers were so precise when dancing in unison and the whole concept was played out wonderfully well.

The theme was about self-reflection. A lady at her dressing table is visited by 3 visions at the last few moments of her life.

Although the theme is quite dark, the piece had some lightness thrown in, with a particularly happy and childlike dancer/vision who brought so much fun to the otherwise serious and emotional theme.

The dancer’s facial expressions were also, spot on.

The gorgeous set by Sally Woodville, was reminiscent of a theatrical play rather than a dance piece, brought a realistic and relatable element to it and the ringing phone that kept jolting the lead character back to reality was a brilliant touch.

Great piece with wonderful dancers – had me mesmerized from the beginning.

Tsutseka by Anthony Matsena – Born in Bulawayo, Zimbabwe. Trained in Hip Hop and co-founder and co-artistic director of Matsena Performance Theatre with his brother, Amukelani. A 2018 graduate from London Contemporary Dance School.

First of all, I should tell you, “Tsutseka” means “Be Free” in the Shangari language.

This piece is a blend of African, Hip Hop (particularly Krumping) and Contemporary dance styles.

The piece begins with chanting “Be Free” and the concept is very clear throughout. It’s about staying bitter or forgiving when someone treats you badly – To be free is to forgive, that is the underlying message.

It’s a hard hitting piece with strong, dynamic and sometimes ‘angry’ moves, particularly in the Krumping sections which I loved.

There were some very clever choreographic moments too, one of my favourites was a motif where the dancers were in chains and travelling across the stage – it was very effective and brilliantly `executed. Another moment was the canon section at the very end – that was so clever!

The dancers were super talented, the unison was “on point” even down to the tiniest movement and body isolation, the dancers were in total sync – I was amazed (as a dance teacher, I know how hard this is to achieve) – total respect to the company of dancers – just fantastic.

So glad I managed to see this show, to be honest, it wasn’t at the top of my list of shows to see, but I would have missed out BIG TIME if i’d not attended. These are our future up’n’coming choreographers and dancers and am so glad to support them in any way I can, after watching this show, I can honestly say, we have some exciting new names in the danceworld to look forward to.?

Keep an eye on the Sadlers Wells calendar to see when the next Young Associates showcase will be so you don’t miss out, if you saw this show let me know what you thought in the comments. 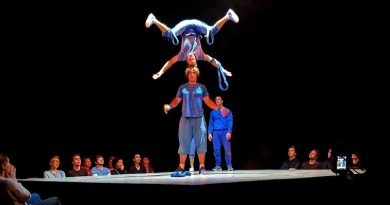 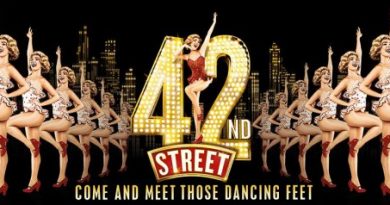 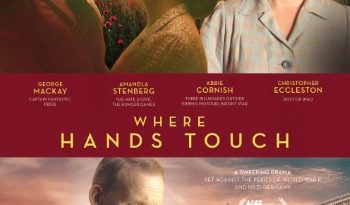