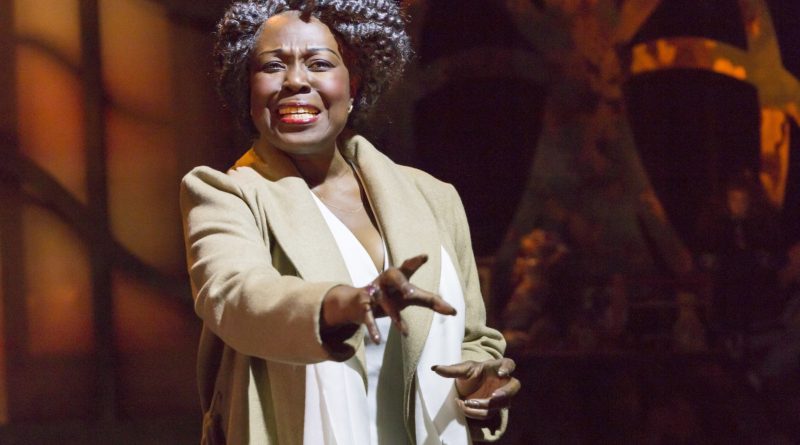 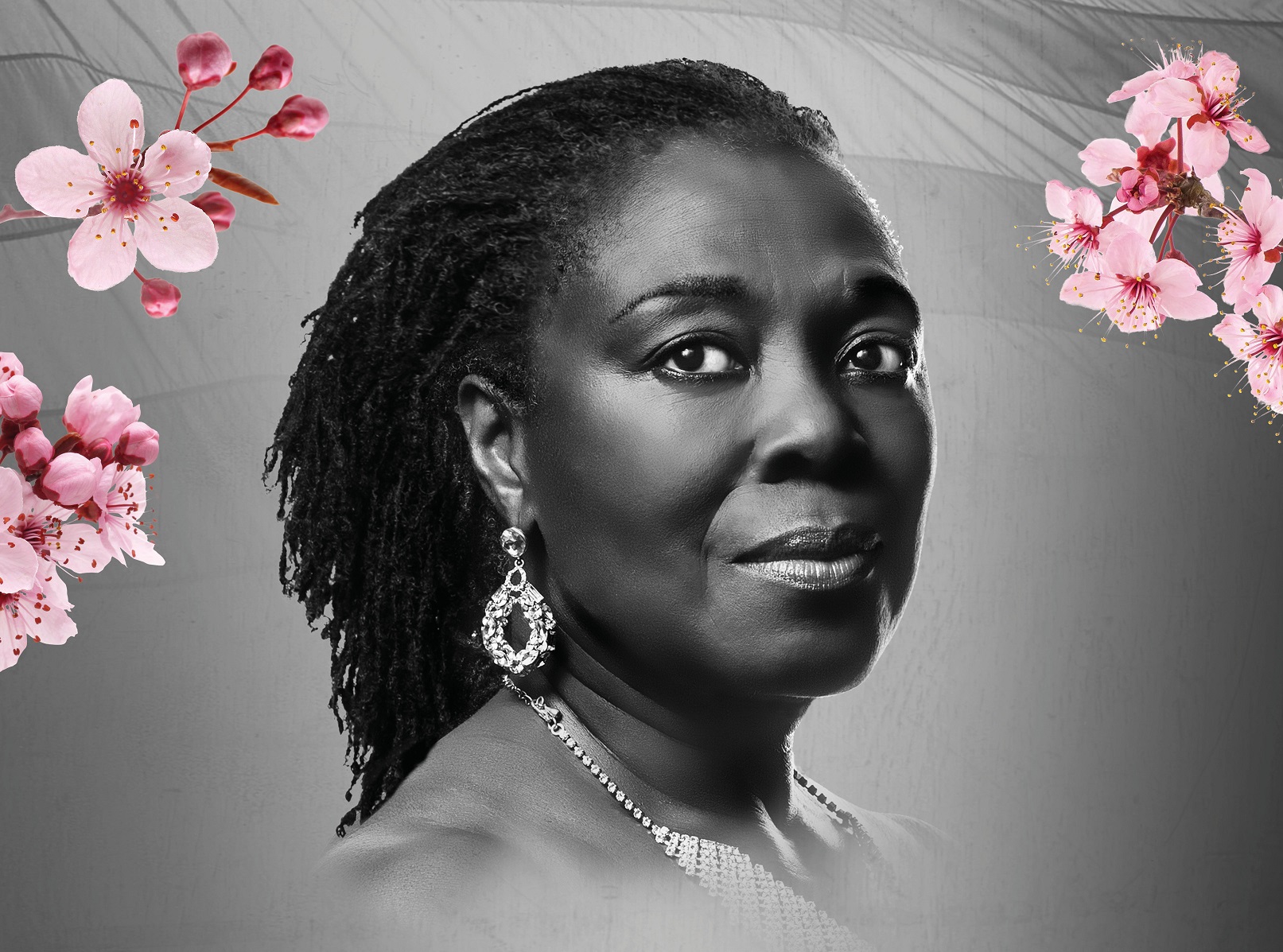 I was so excited to see this play, as soon as I saw the posters and saw the face of Ellen Thomas and read that it was an updated adaptation of ‘The Cherry Orchard’ by Anton Chekov, I was even more intrigued.

For those who are not familiar with ‘The Cherry Orchard’ it is a story about a family who have just arrived back to their gorgeous home in Moscow, Russia from Paris, France completely ignorant to the fact that they are running out of money and will probably loss their home if action is not taken, fast!

So, with my ticket in hand, I was ready for this new modern version.

I will recap you on the story, although there is a brief synopsis in the preview post – here.

The show introduces us to the staff of the hotel, Jackie (Angela Wynter), Josiah (El Anthony), Karim (Abhin Galeya), and Fielding (Michael Bertenshaw).

We get to know their personalities, roles and the relationship & dynamics between them. They are awaiting the arrival of the family who own the hotel, who have been resident in Paris for the past 5 years.

Although Anita seems delighted to be home, it becomes apparent that the Anita has not had a good time in Paris, due to an abusive relationship and had fled her home after a tragic accident, the house obviously brings back memories, both good and bad.

Karim updates the family on the financial struggle that they are in and suggests a business plan, but Anita is in denial and just wants to relax & have a good time, after all, how bad can it be? Surely, he’s just exaggerating?

Her brother, Augustus, suggests asking their Aunt, for a loan, but isn’t too hopeful, as she doesn’t like them very much, but sees this as their only option.

There is also some love stories simmering in between the main plot.

A supposed love triangle between Jackie, Josiah and Toussaint?

Is Cornell really in love with Anita, or is he a gold-digger?

There are so many current issues that are cleverly interwoven, quite organically into the story, including the current US Election, President Obama’s impact on US politics and society and the Black Lives Matter Campaign.

Bonnie Greer, has produced a very timely and current story update of the original play without losing it’s core values.

The set is beautifully crafted, in the shape of Cherry Orchard Trees.

The focus is mainly on the old nursery room that Anita grew up in as a child. It still has an old rocking horse and childhood artefacts and has all the splendor of a glamorous hotel.

In the background there are opening and closing doors, and we can see through to the percieved hallway and thorough the glass doors of another room, where background action also takes place in addition to the main scenes.

There is a fun set change in Act 2 when the family are celebrating the 4th July and watching the fireworks outside.

Costumes are a mix of modern day western and African traditional clothing.

The Theatre Royal Stratford East have released a time-lapse video of the set being built -watch it below.

This is a stellar cast of actors who really got into their characters.

Firstly, I’d like to say a big ‘Thank You’ to Bonnie Greer for creating such powerful roles for the women in the cast, it’s not very often you get to watch – powerful, strong and proud black women playing positive strong roles.

Ellen Thomas was obviously a no-brainer for the role of Anita, she was very comfortable playing the lead role, the head of the family, the decision maker, the strong one – but equally portrayed a softer more vunerable side when explaining her past, her fears and her emotions.

Angela Wynter who played Jackie was one of my favourite characters, she was so full of attitude, but also so funny in her role of the housekeeper, I loved the way she kept Josiah on his toes! She was also amazing as the Woman Passer-by.

The daughters, Charlotte and Chirlane were both equally good and had some hilarious moments too.

I felt sorry for Cornell (Andrew Dennis) who was obviously in love with Anita but she pushes away his advances, he’s such a loveable character.

The funniest and most loveable character has to Fielding, he’s just totally hilarious and brings much needed humour to what can be quite serious and emotive issues that are brought up.

As well as acting there is also some song and dance in the 4th July scene which the whole cast participates. It’s very entertaining and a relief from the serious topics.

This is a classic play, cleverly brought into current day America with it’s cleverly timed issues, it’s definitely worth seeing before it ends on 12th November.

Although the content has serious undertones, it still manages to entertain.

Here’s what others thought about the show;

Book your ticket now via Telephone or Online

Keep up to date online; 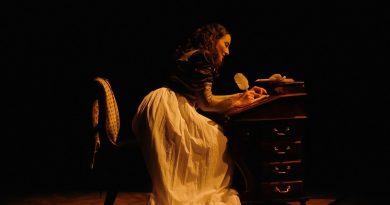 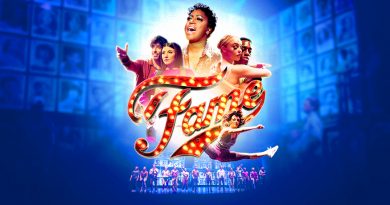 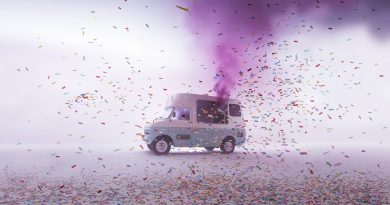