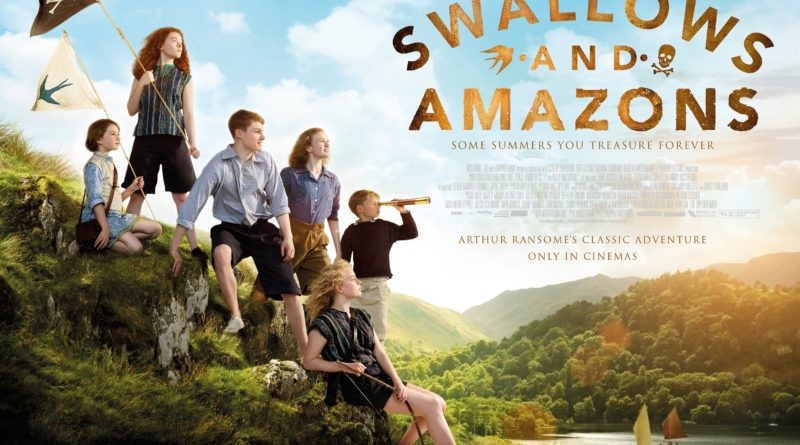 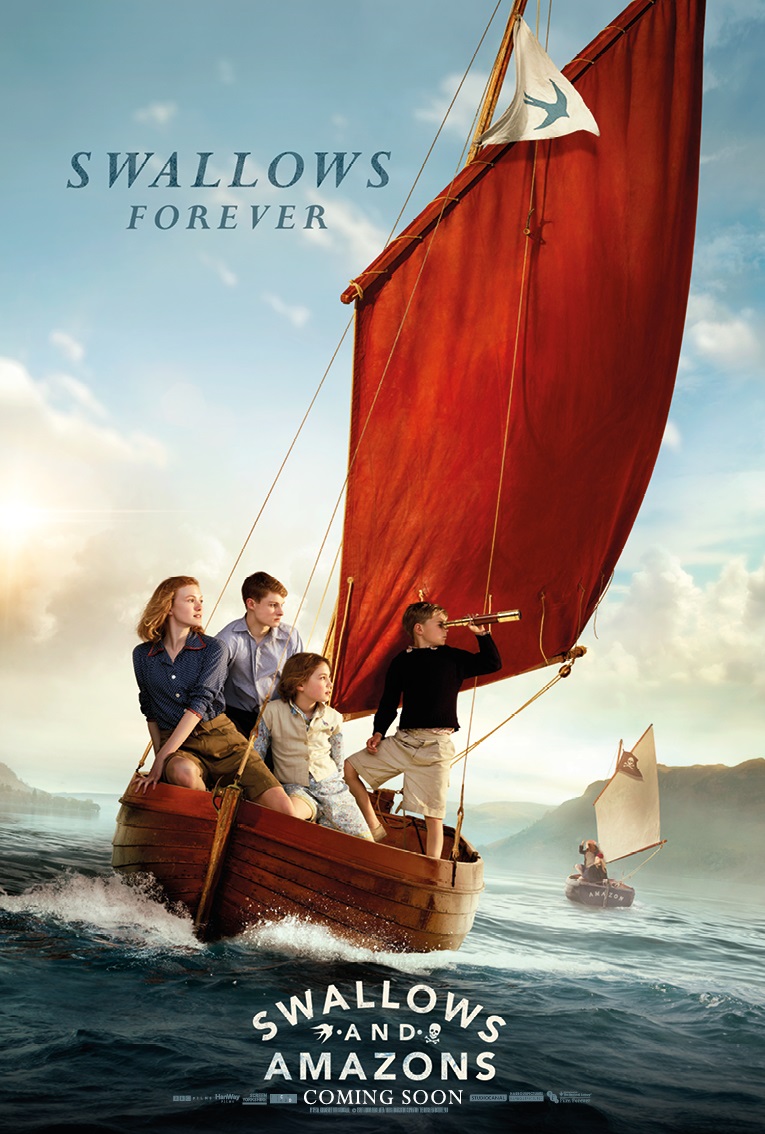 Swallows and Amazons is arriving on the big screen this Friday 19th August!

I didn’t realise how popular these story still is and to be honest, I wondered what all the hype was about, was it just nostalgia playing a part in the opinions of those who grew up with the books?

Well, I was kindly invited to watch the film a week ago in order to write a review and see for myself, as I’ve not read the book yet, so I am looking at the film with fresh eyes and no expectations or pre-conceived ideas. Here goes…Let’s start with the trailer.

The action in the film starts almost straight away when the children have  an encounter with a very suspicious man on the train, it’s quickly forgotten about once they arrive at their destination and set their sights on the lake they love so much from previous vacations and beg and plead their Mother to allow them to set sail and camp out on the deserted island in the middle of the lake.

Rules are set in place, provisions provided and roles assigned the children set off on their adventure 🙂

After a night, the island doesn’t seem so deserted, they learn that they are not alone – it seems that The Amazons have claimed stake to the island in their absence.

They also quickly learn that the suspicious man from the train is resident on a boat on the lake.

Can they solve the mystery of this suspicious character?

Can they conquer The Amazons and rule the Island as planned? 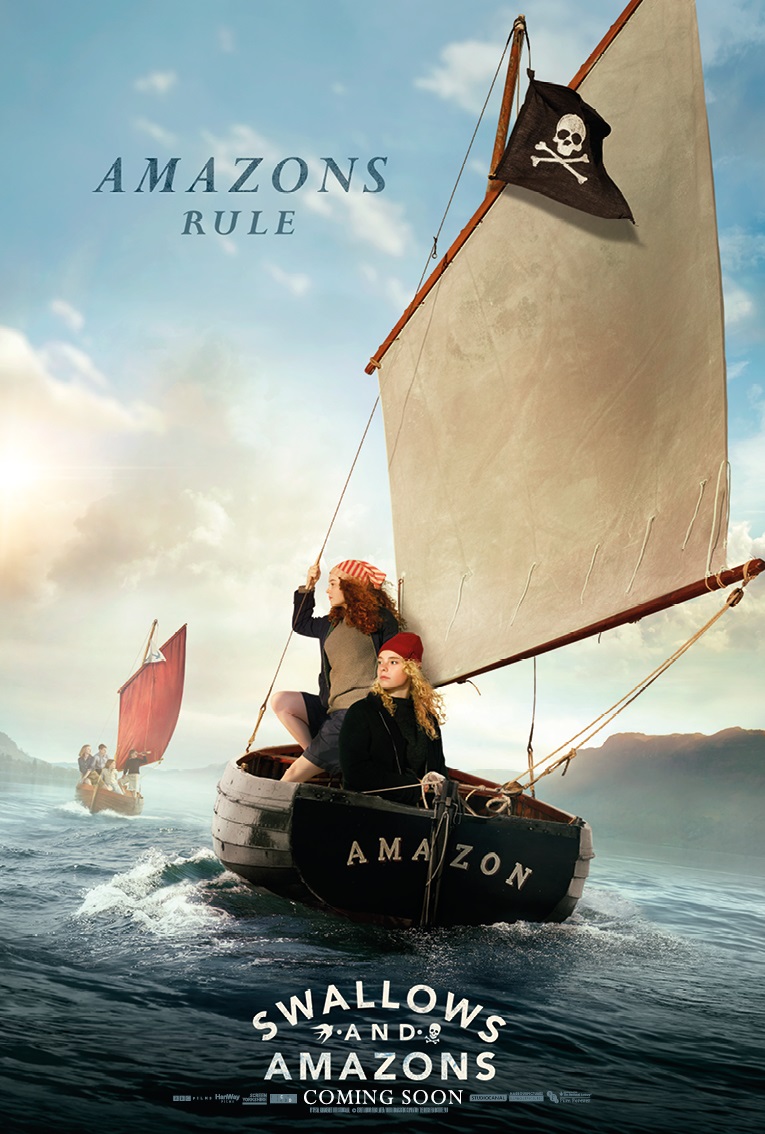 The plot surges off into an abundance of action, excitement and thrills as the children learn to survive, stand up for themselves and make friends.

The film stars Jessica Hynes, Harry Enfield, Andrew Scott & Rafe Spall but my favourite characters by far are all the children, they are such brilliant young actors. 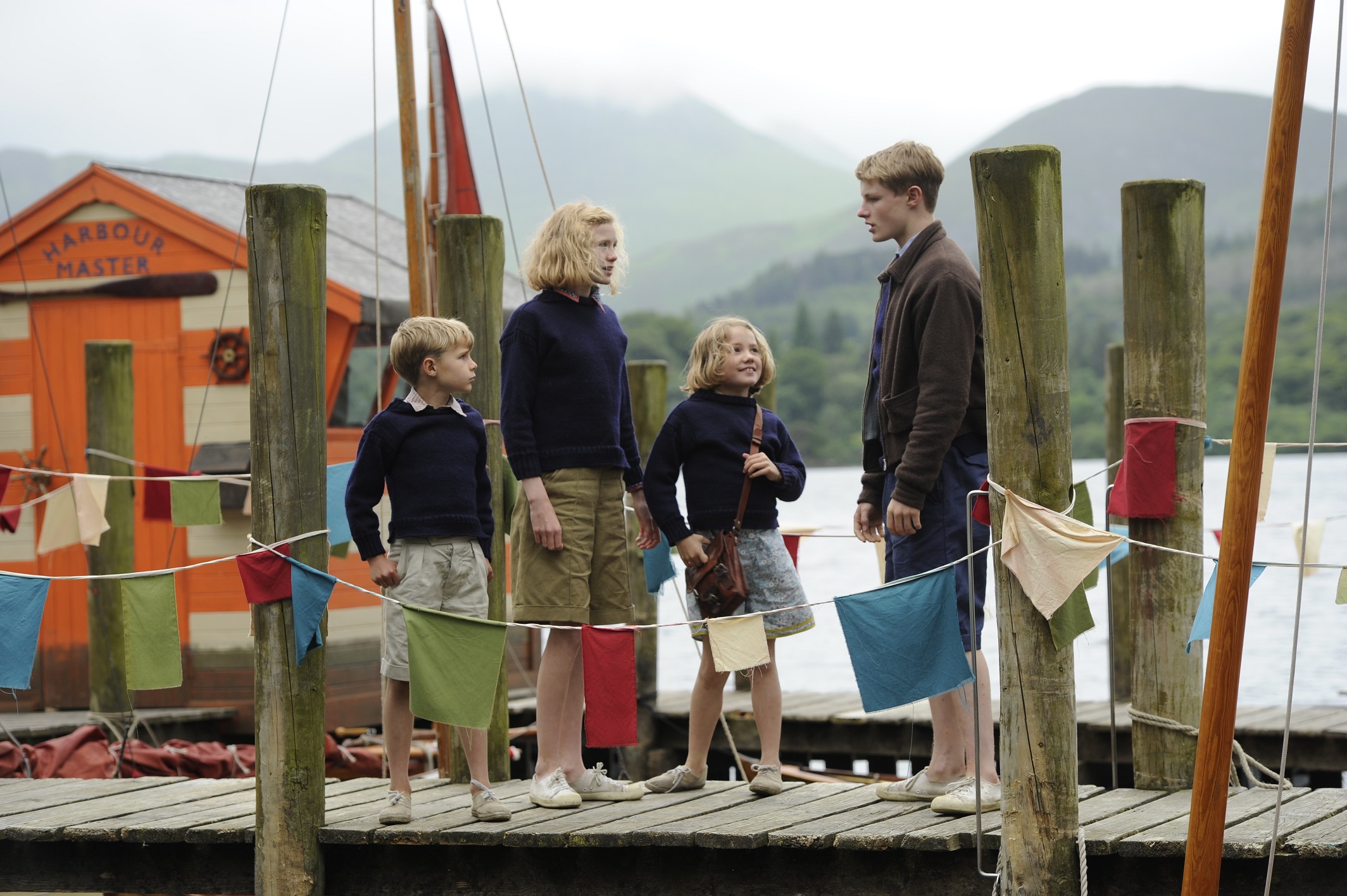 The children’s characters portray that sense of innocence, adventure and  risk-taking that we seem to lose as we ‘mature’. As we get older, we are expected to be ‘sensible‘ and some of us lose our spontaneous, adventurous spark that helps us to live life to the full!

I can’t help but wonder if my parents would have allowed my siblings and myself to go off camping in a deserted island in the middle of the lake…that’s a big fat NO! 😀

Although, we were allowed to climb trees, roll in mud and we even climb up roofs too – all our friends did too – these days, we are all a bit ‘Health & Safety’ when it comes to our children, this summer our kids are more likely to have their eyes glued to a screen of some kind rather than run around exploring the great outdoors!

If looking at screens is there comfort zone – they may as well watch this film in the cinema – it may spark a desire for adventure!

This movie was far better than i’d expected, it has some funny moments for all the family to enjoy. It’s a

If you love a good adventure story, this is a must see this summer! 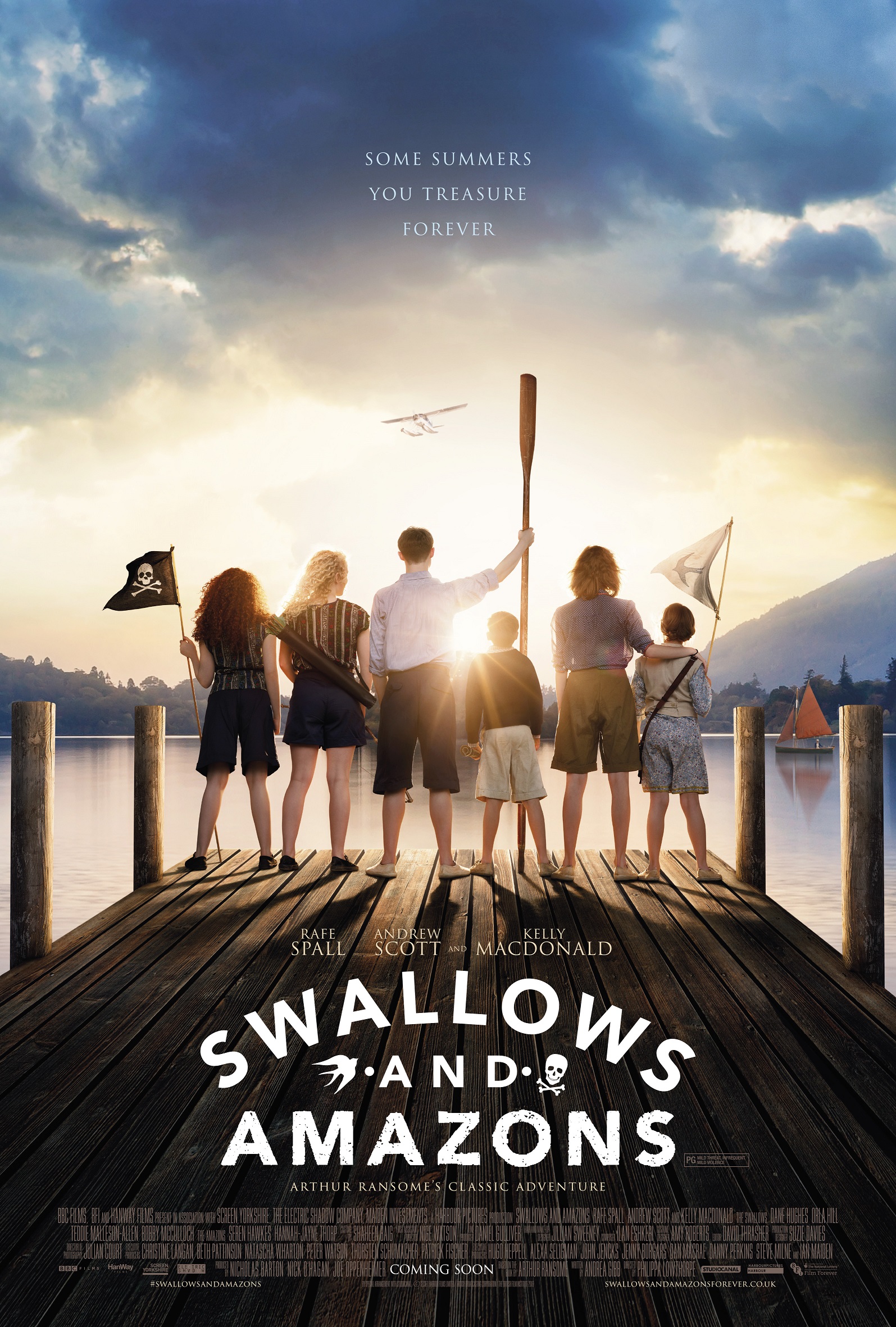 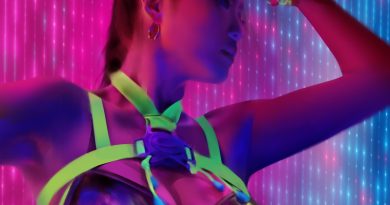 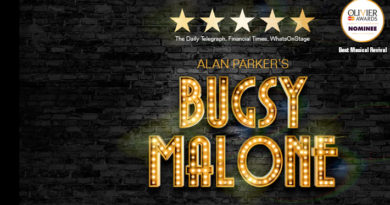 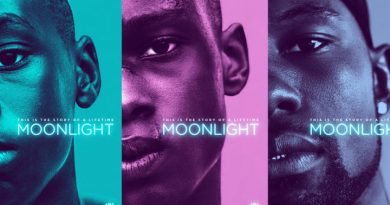