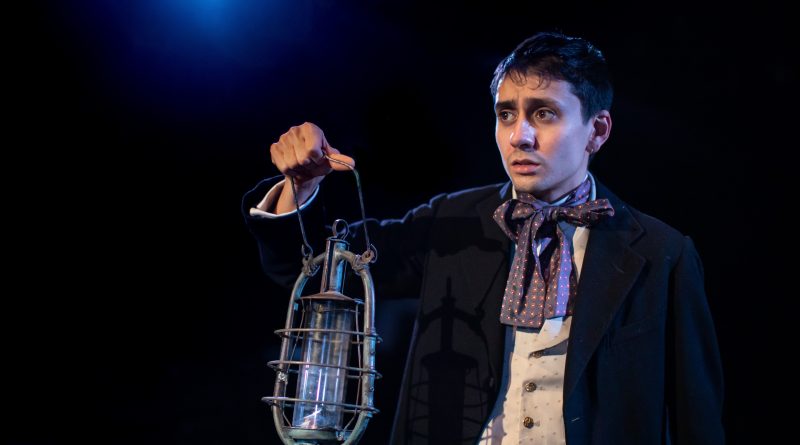 Great Expectations is the first of 2 productions being put on by the talented youth actors at the National Youth Theatre.

Both productions were at the Southwark Playhouse playing to audiences from October until the end of November 2019.

If you are familiar with this wonderful story written by the legendary Charles Dickens you will know the story of rags to riches and it’s many themes including class and the expectations of society in the 1800’s.

I have just been lucky enough to see the new film Great Expectations that will be released in the UK in 2020, the story was fresh in my mind, as it has been many years since I last saw a BBC TV adaptation of this story.

This is a story that I absolutely love, so was excited to see how NYT would put their own spin on it.

Great Expectations follows the childhood and young adult years of Pip a blacksmith’s apprentice in a country village. He suddenly comes into a large fortune (his great expectations) from a mysterious benefactor and moves to London where he enters high society.

This play highlights themes such as social class, social standing and the ability to move within the class system, ambition, family and responsibility as well as friendship and loyalty.

The audience were placed at each side of the long, catwalk space, with sets on each end of the space.

I wondered how they would utilise this, how would they make this feel, less London Fashion Week and more Charles Dickens classic.

As soon as the production started it was clear that it would work, the costumes were perfect and the language used in the script was modern, sharp and witty with an authentic Dickens’ twist.

The way the space was used was so clever and we were transported from Pip’s humble home and work to Miss Havisham’s mansion in a such a believable way, that I totally forgot that it wasn’t a conventional performance space.

A really clever use of lighting, sound, direction and acting made it feel so real, so a big shout out to the production team for making this work so well.

As usual the talent of the young actors at the National Youth Theatre shone through.

Pip played by Joseph Payne was as believable as a poor innocent but ambitious teenager as well as a young adult mixing in high society, so great casting as usual.

Other notable performances came from Miss Havisham, played by Tiwalade Ibirogba-Olulode she was outstanding in this role as the rich, mysterious older woman.

I also fell in love with Mrs Joe (Pip’s big sister), played by Jadie Rose Hobson, she was such a feisty character with a kind heart who had the pressures of raising her younger brother as well as being a good wife and homemaker to her husband, Mr Joe.

Another worthy mention, has to be Abel Magwitch, played by Jemima Mayala, her performance as an escaped male convict was so believable – the criminal with a heart that you can’t help but fall in love with, amazing performance.

As usual, the National Youth Theatre did not disappoint, their shows always have a creative twist and fresh flavour.

As much as they were true to the classic story, but the creativity came through in the overall presentation, the use of space, the vocal choruses, the lighting and sound, I’ve not seen a Great Expectations performance like it before.

I thoroughly enjoyed it.

Like I always say, it’s worth catching the NYT when you can always rely on a high quality production and a fresh take on doing things from this company.

More from The National Youth Theatre

Read some Past NYT Reviews;

Thanks so much for reading! 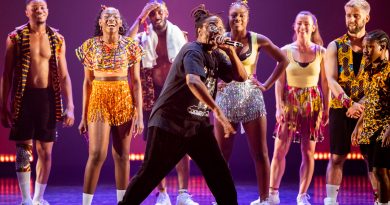 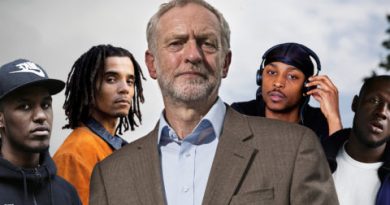