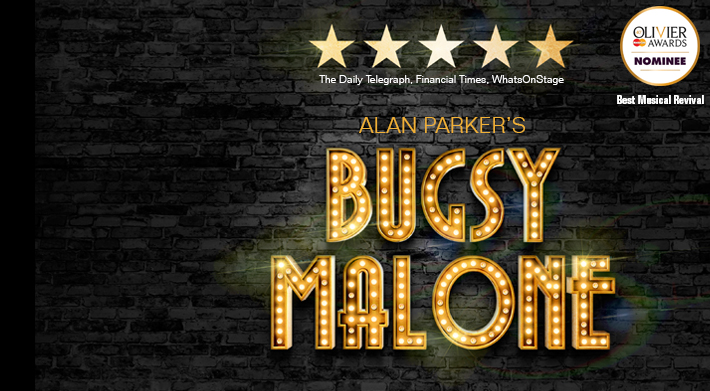 Yes, as the title of this post suggests, it is your final chance to see Bugsy malone at the Lyric Hammersmith before the show closes on Sunday 4th September!

If you’ve seen the classic film and loved it, you will not be disappointed in this theatre adaptation – if you haven’t seen the film or don’t remember it very well , fear not, I shall explain all in a bit.

I went to see this show a few weeks ago after missing it the first time round back in April 2015.

For those readers who don’t already know,  my day job as a dance school owner/choreographer mean that I watch children and teenagers dance and perform most days, so probably have a more critical eye than your average audience member, but before I go into my personal thoughts on the production, have a peep at the trailer for a taste of what’s in store at this show…

The story of Bugsy Malone is about 2 rival gangs in the prohibition era in New York (This is between 1920 – 1933 when the production and selling of alcohol was illegal in the USA).

The main action happens around ‘Fat Sam’s Speakeasy’ (A Speakeasy is an illegal establishment for drinking alcohol) owned by Fat Sam, who, with his gang are at war with a rival gangster Dandy Dan. Meanwhile, Bugsy Malone is penniless ex-boxer who falls in love with aspiring singer Blousey Brown.

Can Bugsy resist the charms of Tallulah, (Ex Girlfriend & currently Fat Sam’s girl) and the pressures of getting involved with helping Fat Sam with his problems and still come out on top with his own dreams?

My initial thoughts before watching this show were;

I can reveal that, Yes, the original story has been kept, it’s wonderful to watch the entire movie practically come alive before your eyes – songs and all!

The second question, well, I will let you go and take a look for yourself – but it is clever stuff.

As soon as you enter the show, you will see that the set used is actually quite minimal for the amount of locations and scenes that they need to portray in this production, some items have double usage and I have to say, I am totally impressed by the creative ways in which some of the scene changes were done, some of them extremely comical 🙂

If you are expecting to watch some kids and teens prance around, re-enacting the scenes from the film to a decent standard for ‘children‘ you couldn’t be more mistaken…these kids are absolute professionals, from the dance standard and choreography to the vocal technique, accents and acting ability these children are seasoned pro’s – a quick read of the show programme confirms any suspicions… 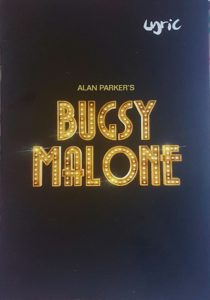 Many of these performers are training at top performing arts schools such as, Sylvia Young Theatre School, D&B Theatre School, Barbara Speakes Stage School and Redroofs Theatre School to name a few. The credits on most of these performers are extremely impressive too, with a few making their theatre debut in this production, but the majority have great West End credits under their belts in shows like, The Bodyguard, The Lion King and Matilda The Musical, also Film credits such as, Miss Peregrine’s Home for Peculiar Children , Brotherhood and Pan, and if this is not enough to convince you, many have TV credits such as Eastenders, My Dog Ate My Homework and Secret Life Of Boys.

Be prepared for a show of a totally professional standard, every so often, you will find yourself remembering that these are only young children and teenagers and be totally blown away!

It’s a lively upbeat show that pretty much sticks to the original script on which it hailed, it has a lot of funny added extras which would really only work in a live theatre setting and all the favourite songs are included and sang to an amazing standard.

I like the way they kept the original accents of each character, as the film is a mix of American and British Children and my favourite song & dance routine of the entire production has got the ‘So You Wanna Be A Boxer?’ the song is acted out so well, its hilarious acting through song alongside quite fantastic choreography.

This show is suitable for all the family – I hope it returns to the Lyric Hammersmith very soon, i’m so glad I managed to see it this time and would love to see it again…..I just might 😀

Thanks for reading, I hope you manage to catch the show by 4th September. If you’ve seen this production, let me know what you thought of it in the comment section below. 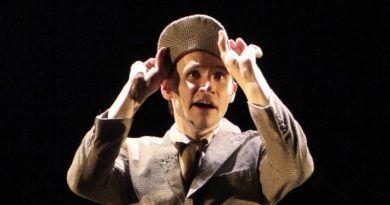 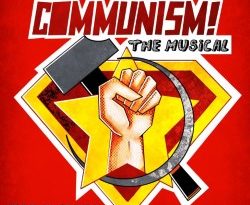 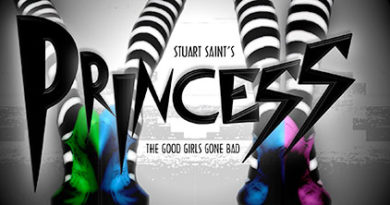